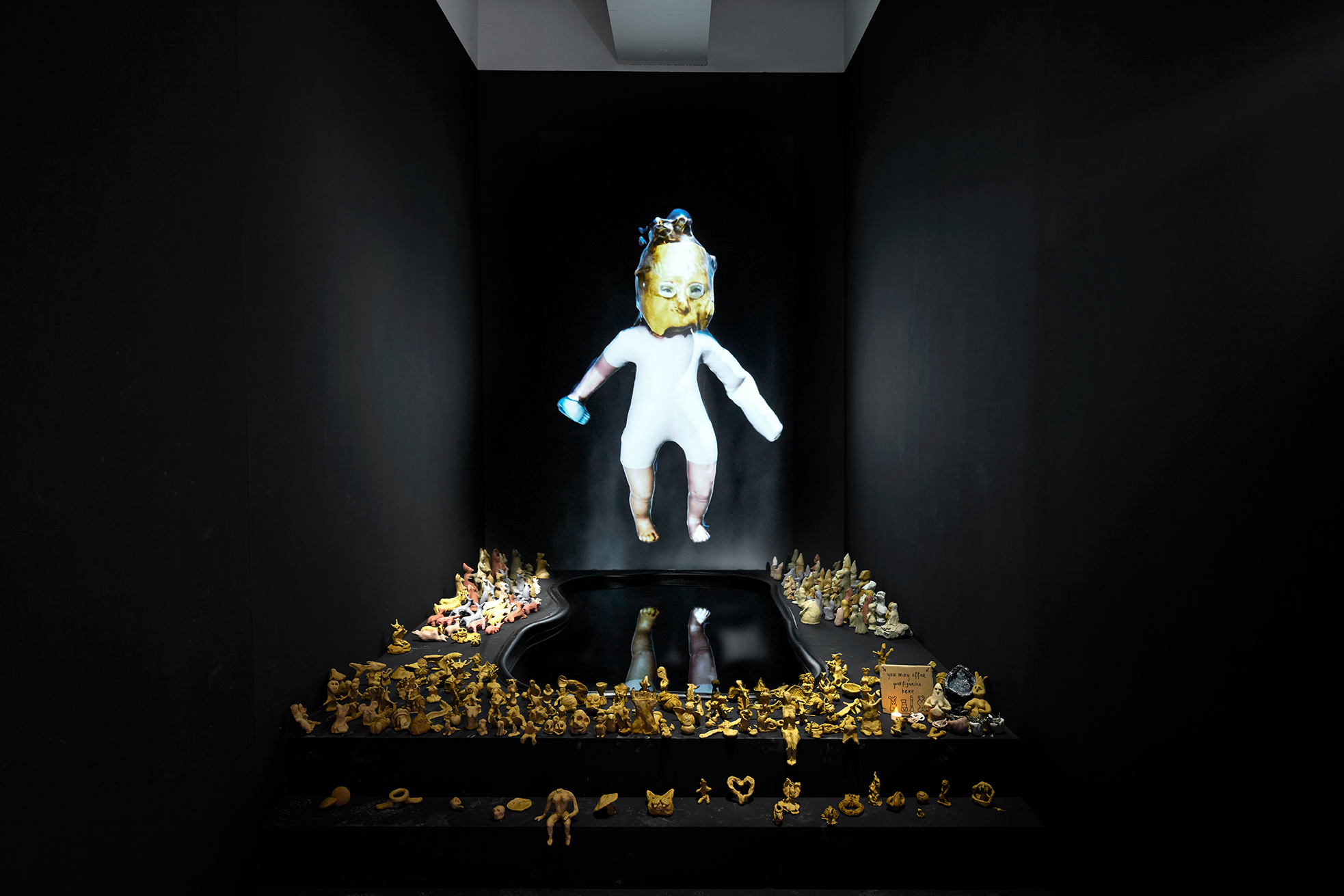 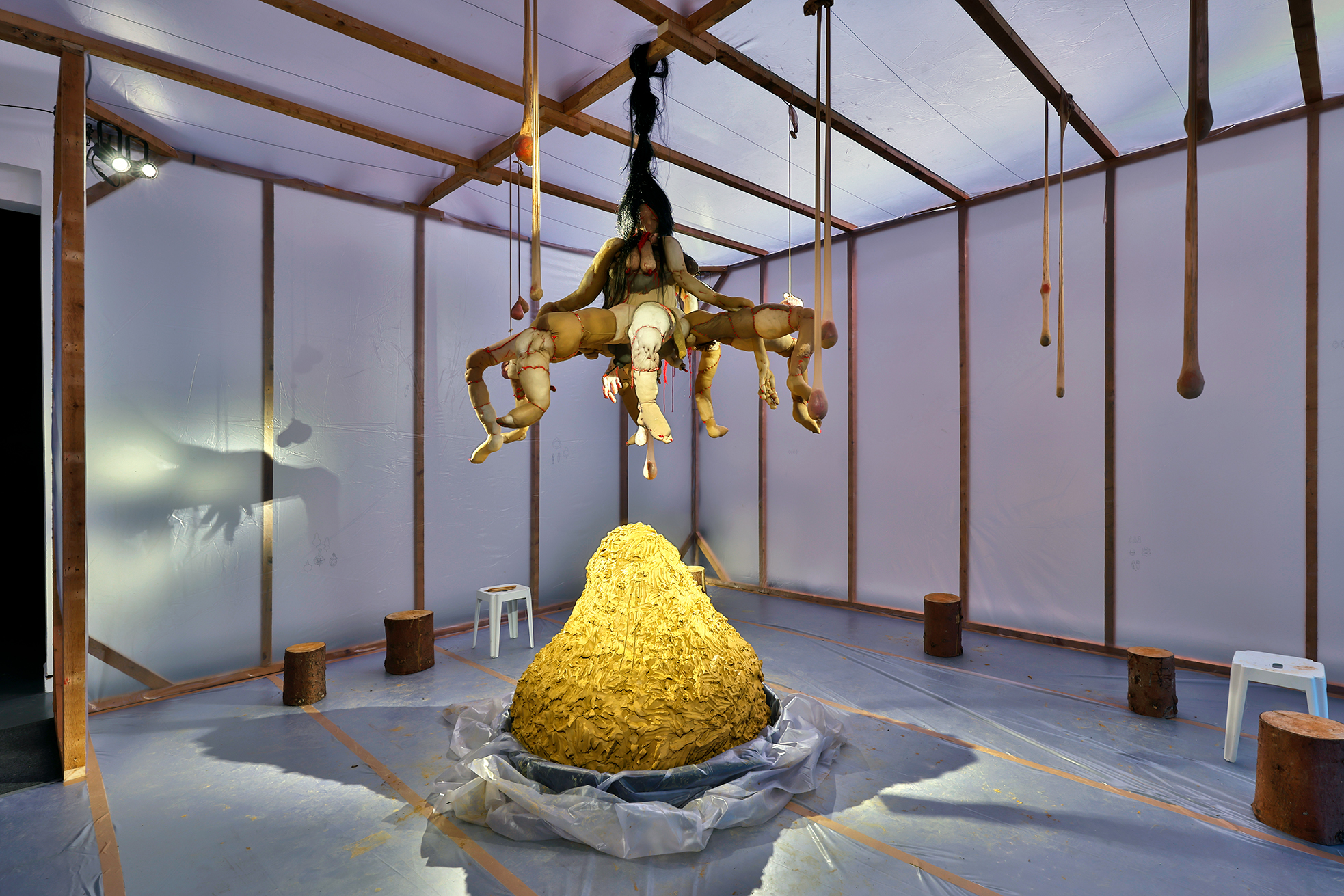 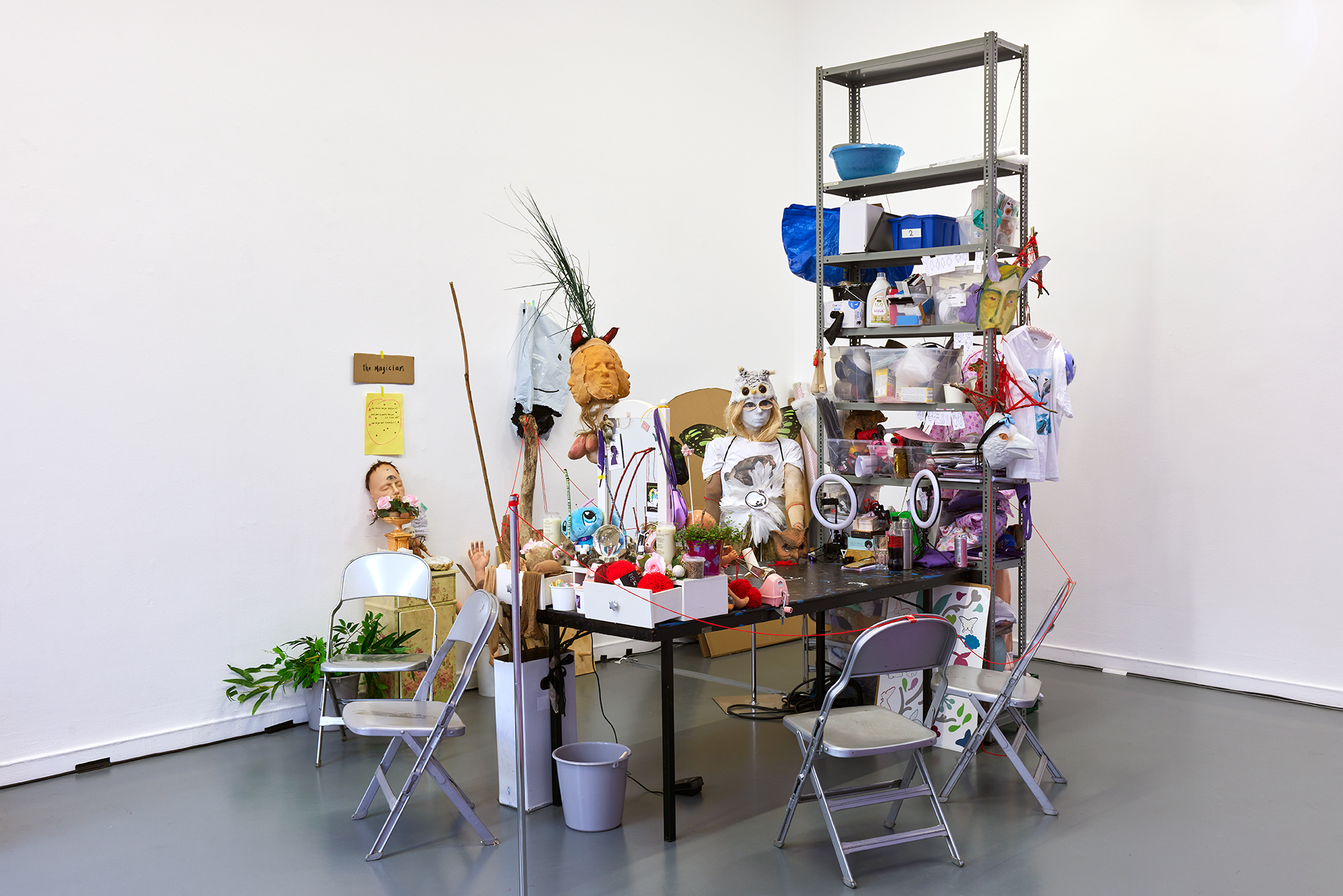 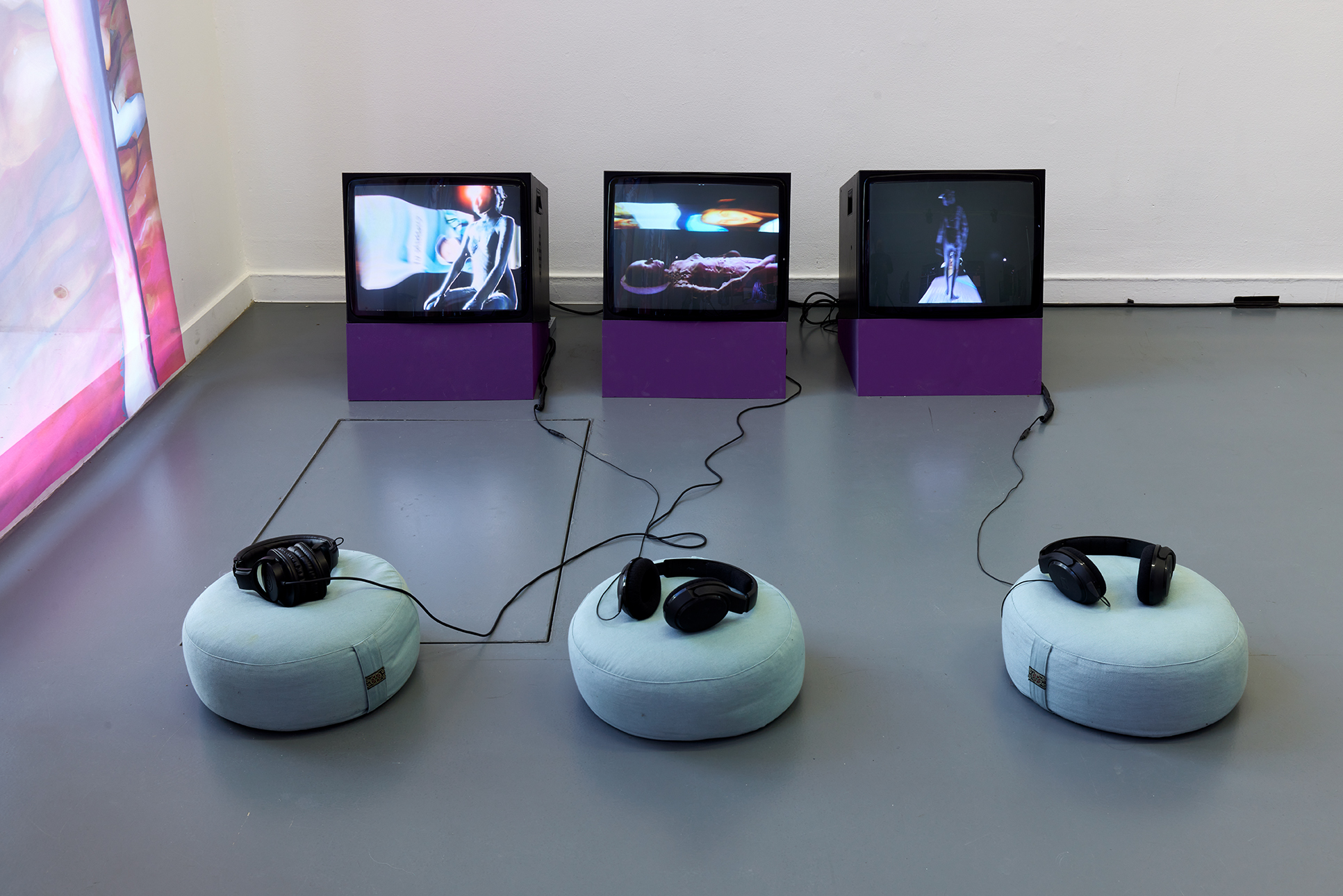 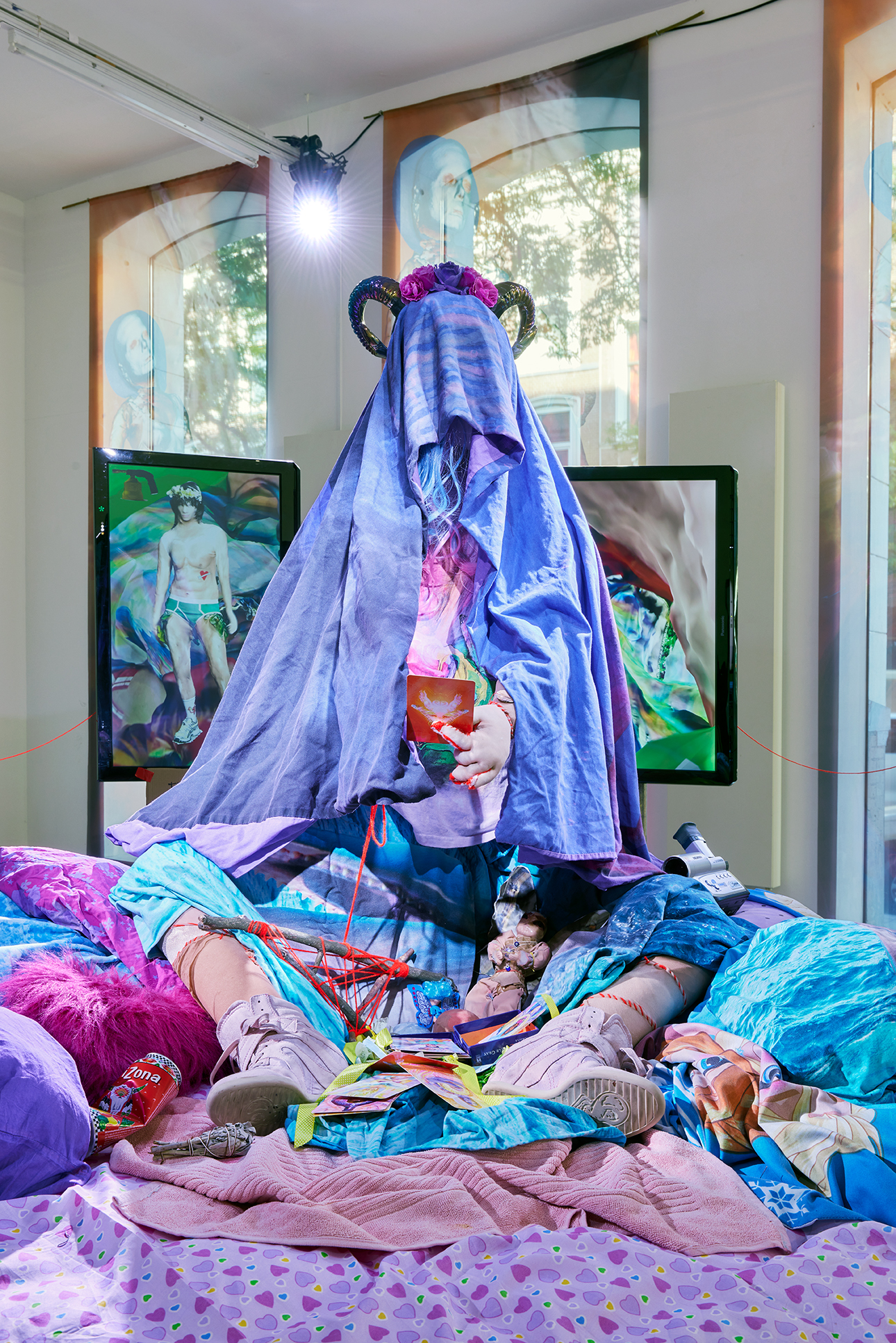 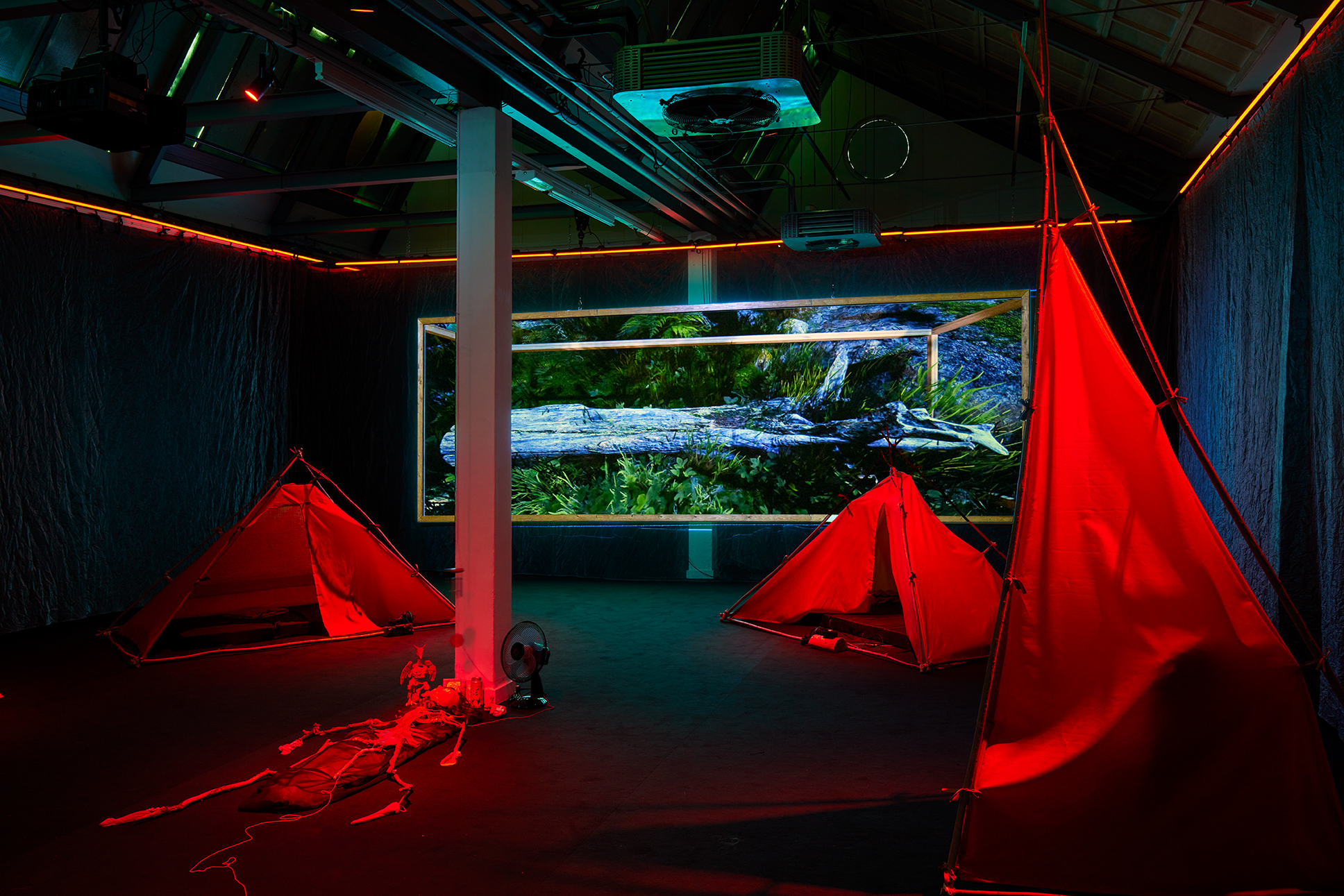 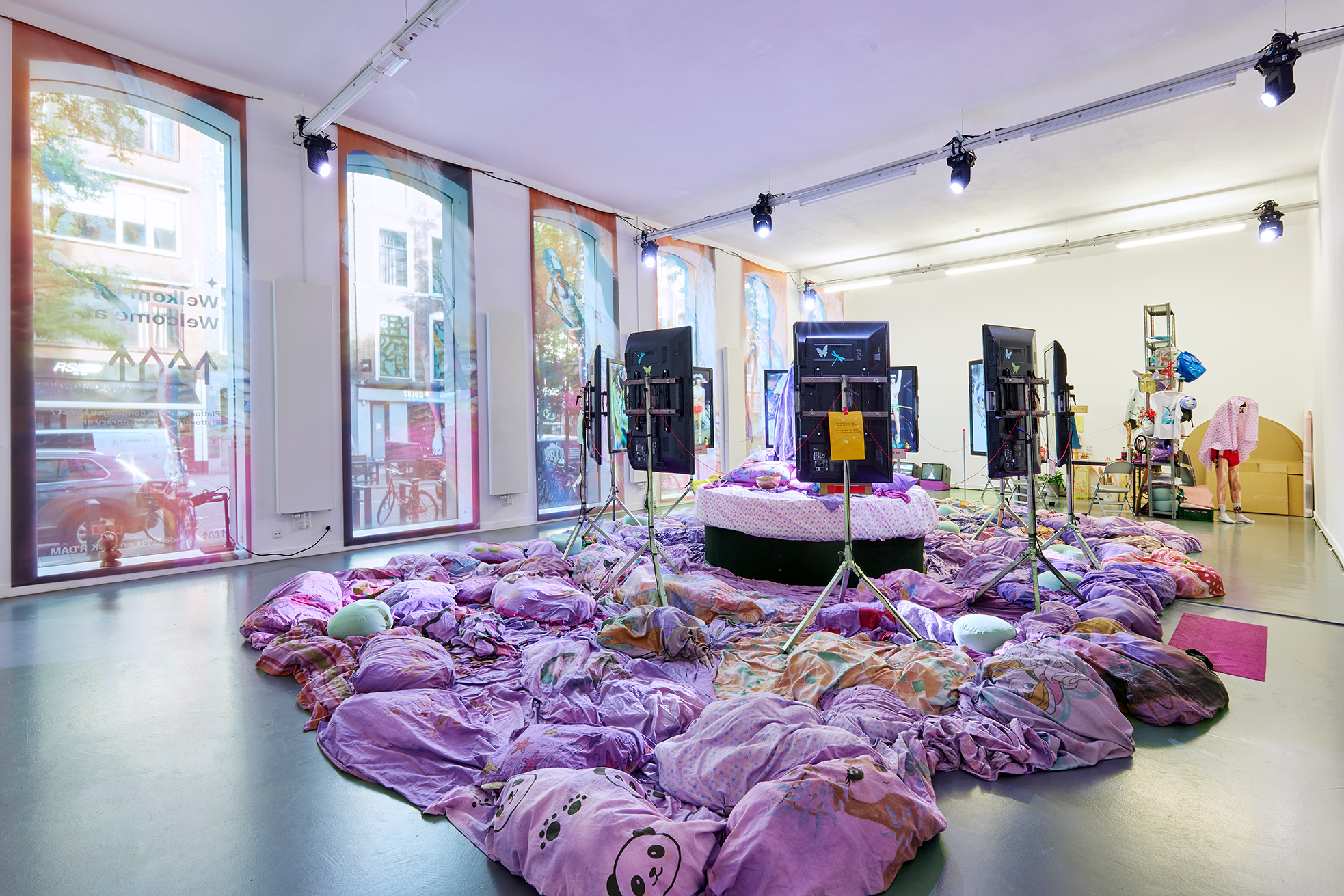 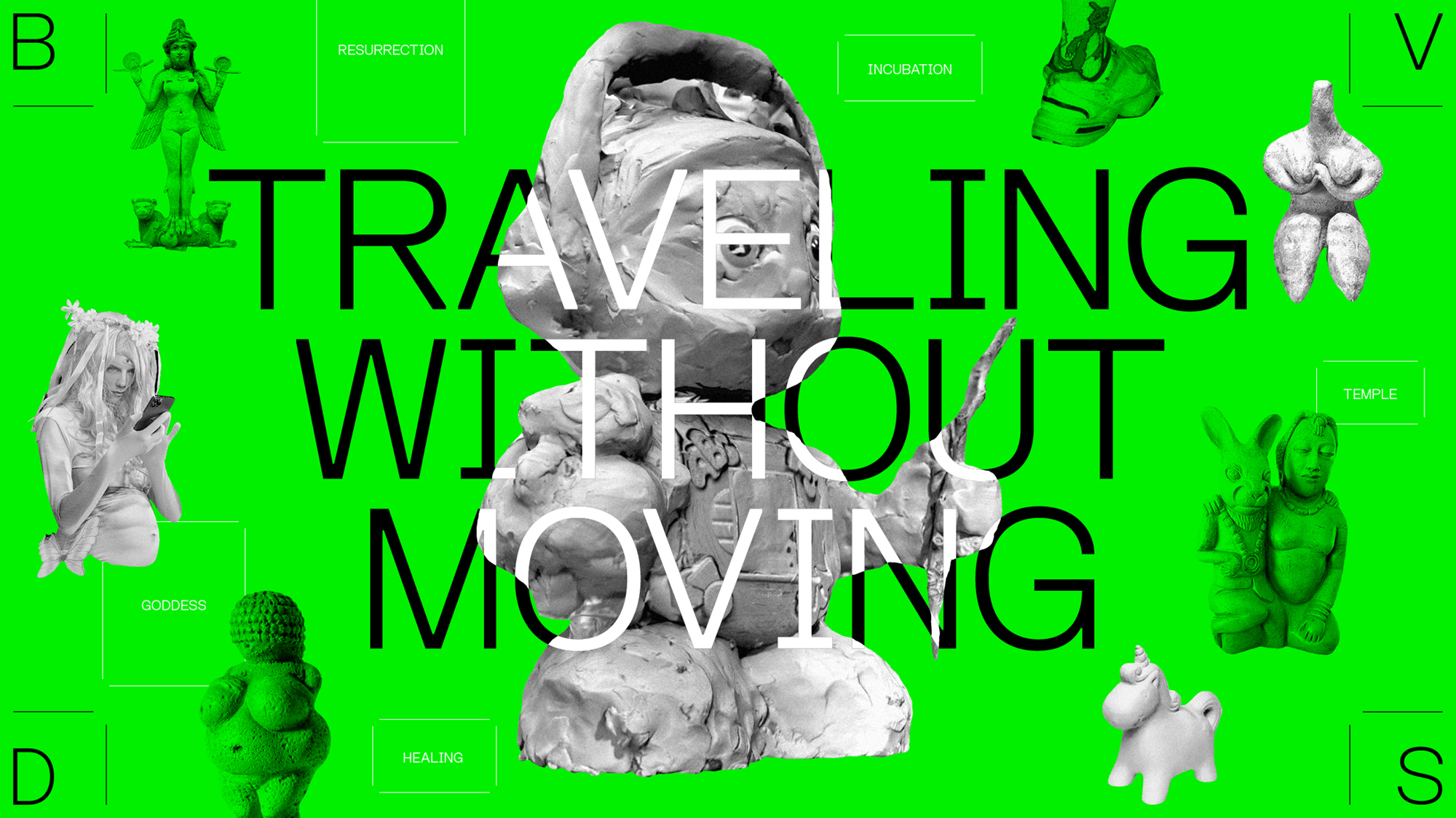 In this exhibition, artist duo Boogaerdt/VanderSchoot takes you to an in-between space. A space where we can break free from the present-day world and dream of a new future. After their performance installations that have enthralled the theatre world, Traveling without Moving is their first major exhibition, in which multimedia installations unfold a stratified and layered experience.

An old world is dying, and a new one is struggling to be born. To rise from the structures around us, we must find a new direction and determine this new world’s manifestation. To dream it into being requires a different narrative, a different conception of our heroes and gods, and a different source of inspiration.

Hidden in the body of the earth and the depths of our own psyche, other narratives await, older than the patriarchal worldview that has led to our present impasse. These are the stories of the Great Goddess, in all her incarnations, which became a great source of inspiration to Boogaerdt/VanderSchoot. Their exhibition unfolds like a sanctuary, inviting you on an imagined journey into an alternate reality that is simultaneously a spiritual origin and a possible future. As if we deliver ourselves from our confines into a deep yet unforgotten place within our minds.


ABOUT BOOGAERDT/VANDERSCHOOT
From their background in the anarchist tradition of Dutch Mime, artist duo Suzan Boogaerdt and Bianca van der Schoot developed a cross-disciplinary practice, fostering a synergy between theatre and visual art. In the twilight zone between the black box and the white cube, they build a grey space. In this twilight zone, they create liminal spaces, where the homo digitalis can train its bodily sensibilities to engage with new worlds.


GATHERINGS & CEREMONIES
Over the course of the exhibition gatherings and ceremonies are being offered.

In the Incubation Room you can join special sleep ceremonies. In this practice, created by BVDS, you are invited to accompany the Incubated Seekers to open new levels of reality: A meditative ritual inspired by the old incubation practice from a pre-patriarchal time, when God was still a woman.

In the Bed Room you can join needlework gatherings hosted by the Feministische Handwerk Partij* in collaboration with BVDS. In these gatherings the act of repairing textiles plays an important part: An exercise in slowing down, embodying, transforming, and
to restore the disturbed relationship to a damaged world. Through this practice we are connecting with the underexposed longstanding history of women in which textile production was a daily reality.
* The FHP is a political feminist artist movement that is dedicated to studying, repairing, speaking,
patching up, unlearning and mending.

TRAVELING WITHOUT MOVING IS A CO-PRODUCTION BETWEEN
Boogaerdt/VanderSchoot, TENT & Theater Rotterdam

MADE POSSIBLE BY
Mondriaan Fonds