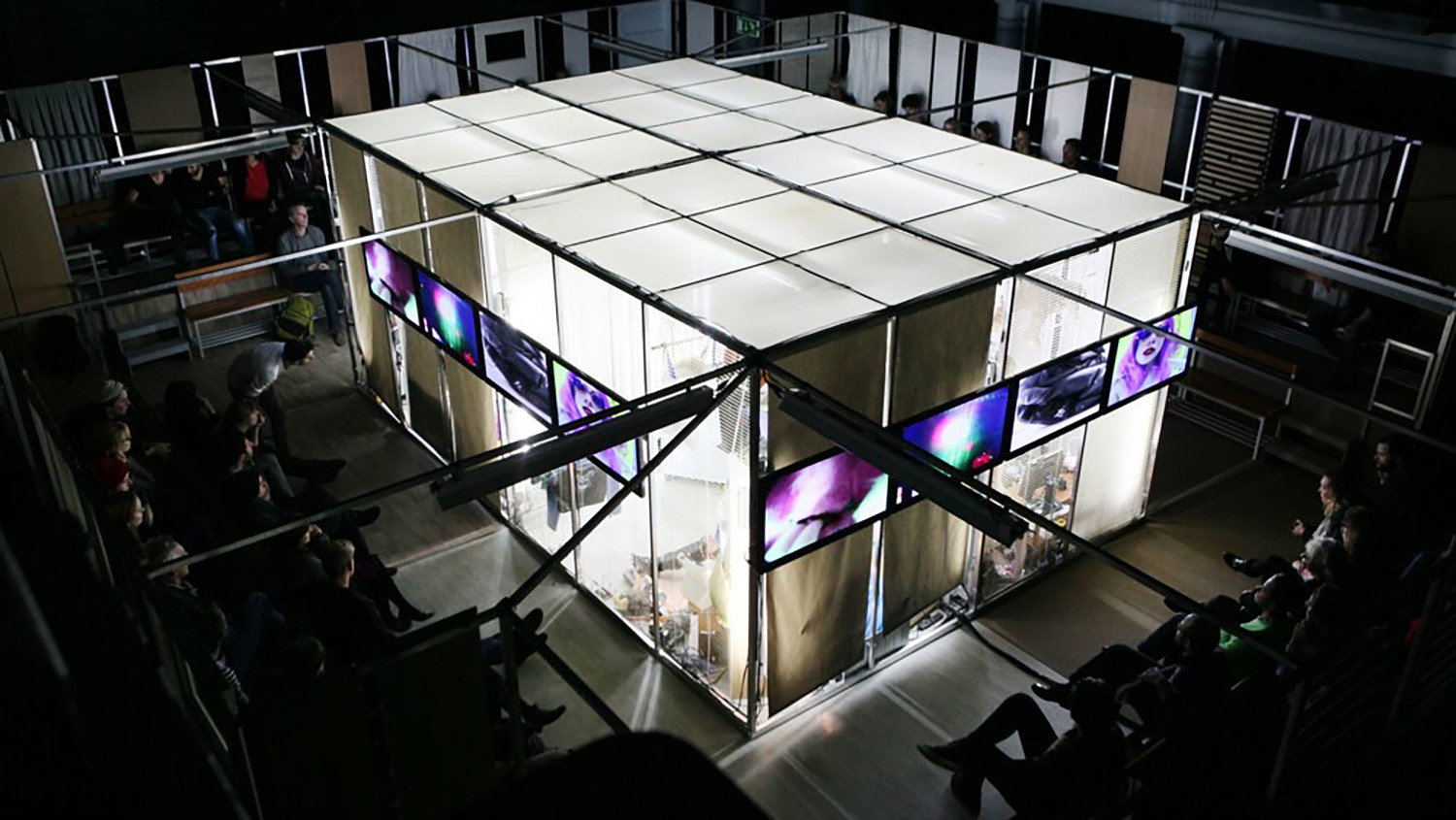 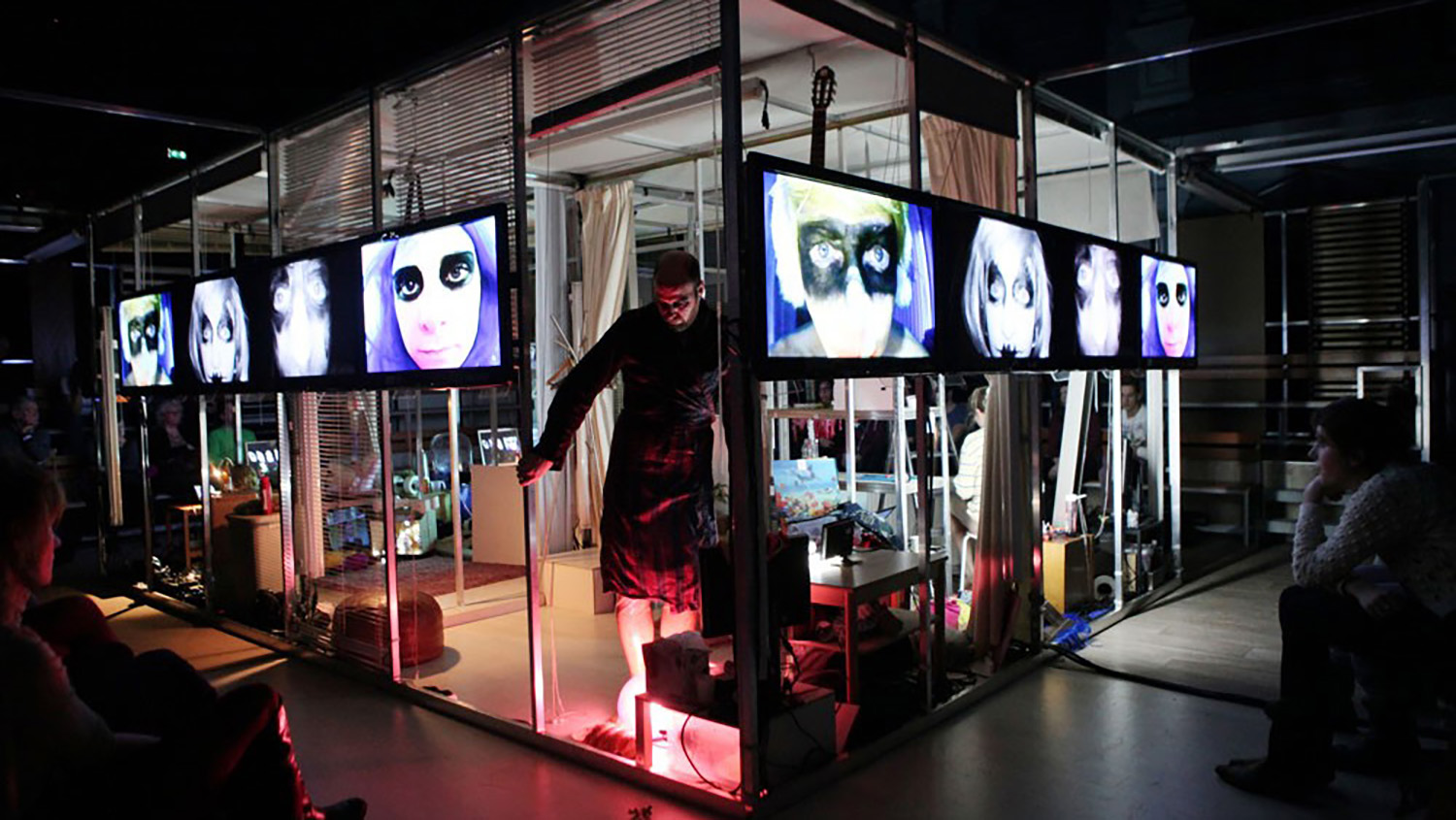 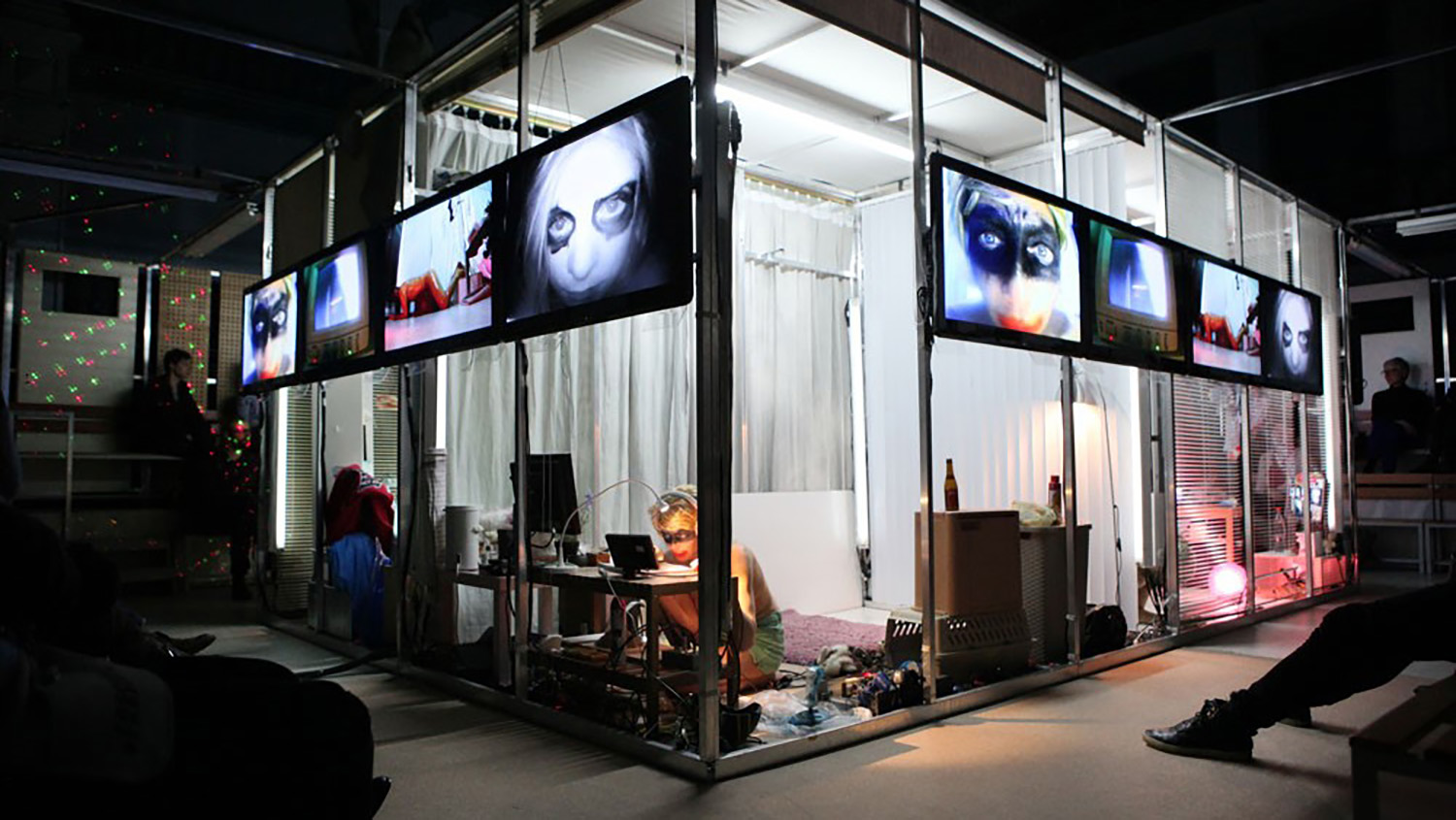 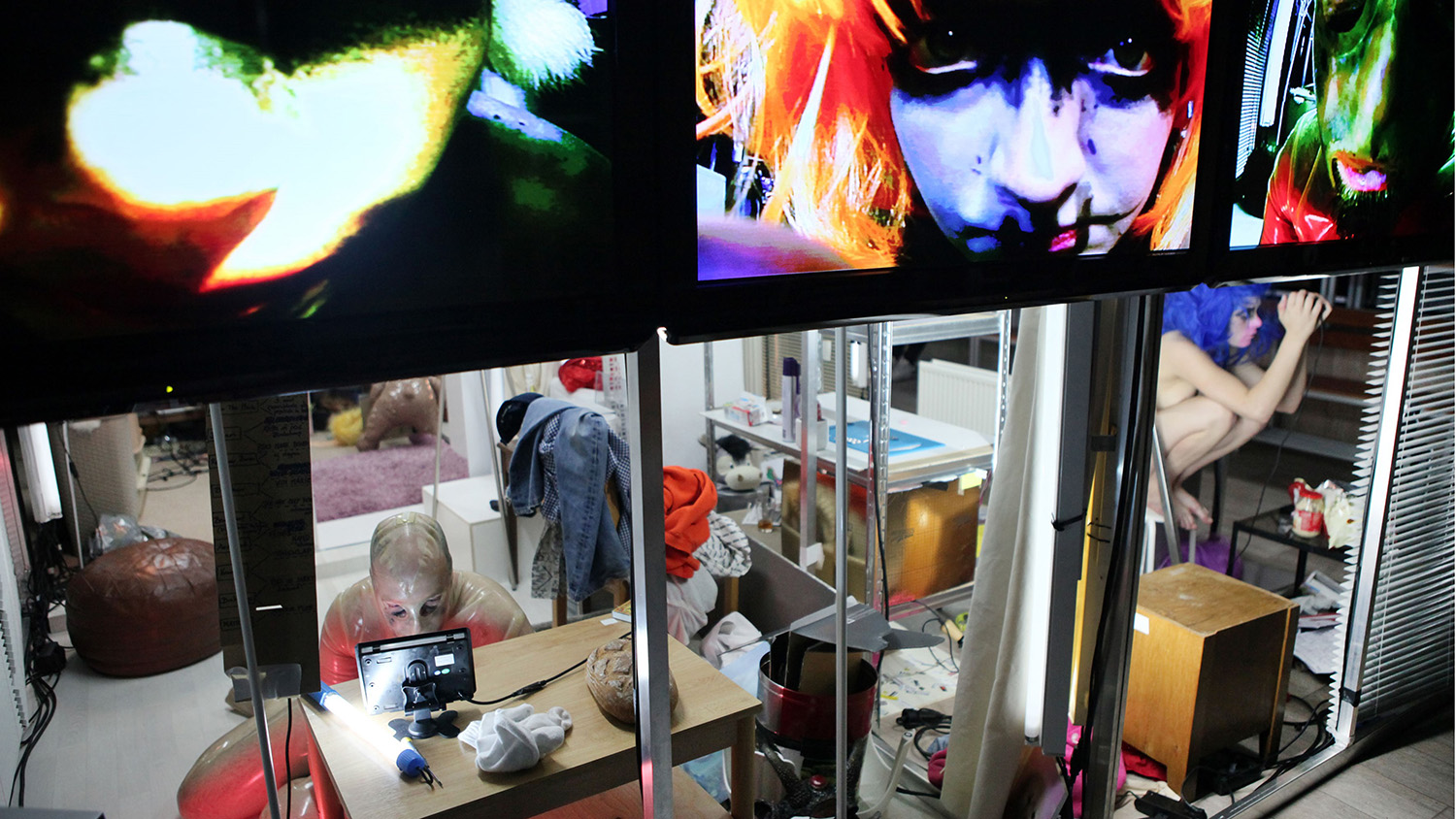 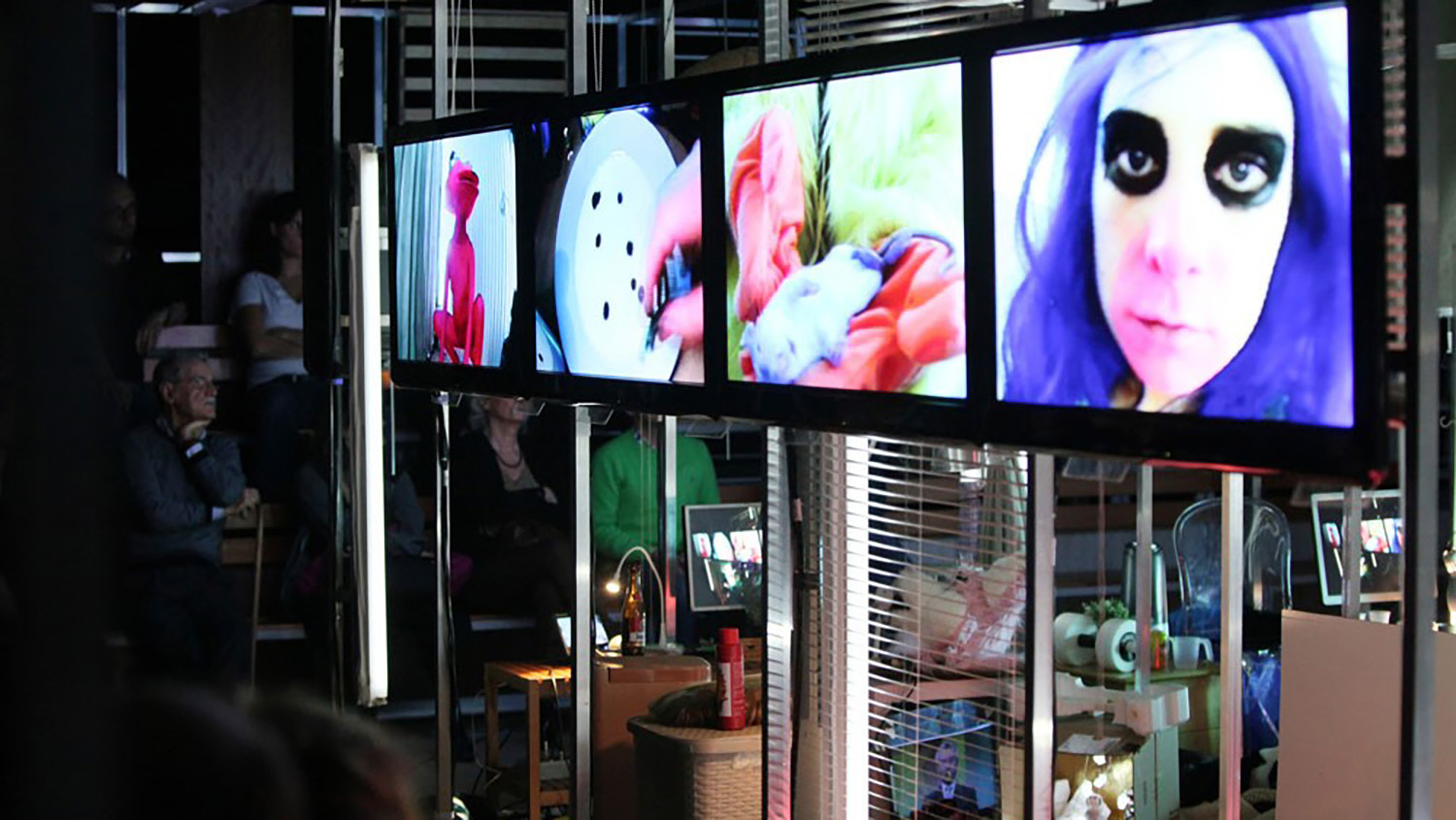 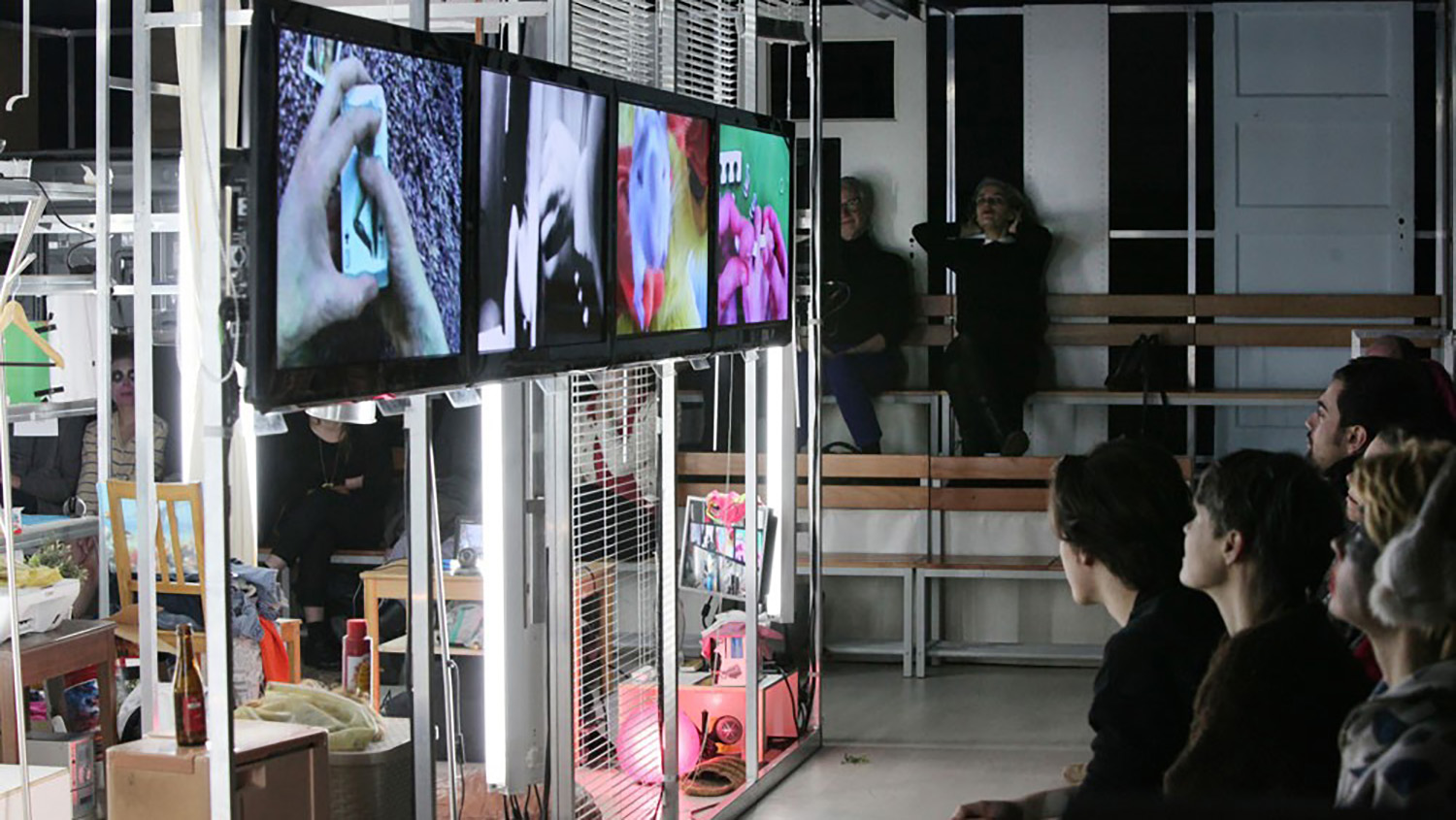 A live performed video installation about the far-reaching transparency of today’s society. A society in which we are increasingly sharing everything online. The internet is a space where above all you encounter yourself, the other is long gone. In the virtual space there is no sense of what is different. It is the hell of the sameness. The Immortals raises questions about how to feel at home in a world where our private domain has become public.

In four closed cabins/living rooms, behind shutters and curtains, the performers create nonstop live tutorial videos. First we see only hands, more and more of their bodies get revealed and in the end we see only faces staring.

The Immortals is part of The Visual Statements-series (2011-2014). Boogaerdt/VanderSchoot question the dominant image culture of today’s spectacle society. They expose mediatized representation and its claim to reality. In doing so, they play with the double bind of alienation.